In 2008, Sean Finelli traded his career on Wall Street for a life in Italy. With a history book in hand, little money in his pocket, and no understanding of the Italian language, Sean set his sights on Italy–a foreign adventure most reasonable people would shy away from. It didn’t take long before Sean knew every historical site and cobblestoned street in Rome. He used this passion to start guiding travelers across Italy which quickly led him to become known as “The Roman Guy.”

It was the history book, risk-taking and self-taught nature that fueled Sean’s initial love of Italy to establish a successful business. Now, nearly 10 years later, Sean operates The Tour Guy (and affiliate brands The Roman Guy and luxury firm Finelli & Shaw) from its U.S. headquarters in Philadelphia, PA. As co-owner of The Tour Guy, Sean has earned a spot on Entrepreneur Magazine’s 360 List, as well as the 2018 & 2019 Inc. 5000 fastest-growing U.S. companies list.

Currently, his greatest travel passion is seeing the world all over again through the eyes of his two children, Olivia and Jack. 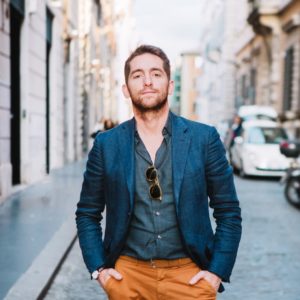