Shen is a self-proclaimed “food evangelist.” This translates into a huge love of eating, shopping for, and cooking food. She grew up working in her family’s restaurants and countless others. After graduating from the Wharton School, she moved to Chicago to work in Brand Management at Quaker Oats where worked on iconic brands including Life Cereal and Quaker Oatmeal. A fresh start brought her to Seattle, where she has never been happier to be so close to fresh seafood, local wine, and artisan cheese.

She owes her incredibly abundant life to the passionate team at Savor Seattle and a loving family. During the past thirteen years in Seattle, she has had the honor of being named: Puget Sound Business Journal’s Top 40 Under 40, Seattle Tourism Ambassador, and Nellie Cashman Business Owner of the Year Finalist. She currently serves on the Visit Seattle Board of Directors and is a member of the Seattle chapter of Les Dames d’Escoffier. She has been featured on CNN Travel and represented Seattle as the Queen of Seafair in 2017.

In her spare time, she enjoys laughing with her two children, sweating it out in HIIT classes, and traveling the world. Her favorite foods include: sushi, tacos, and red wine. There are few things she won’t eat…and durian is one of them! 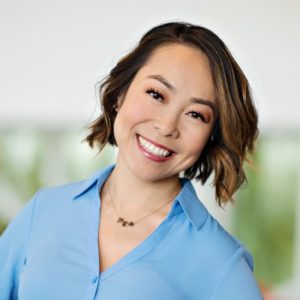