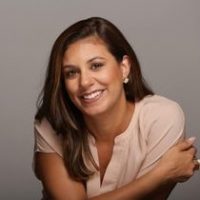 Stephanie Baker is the Chief Marketing Officer, joining Entertainment Benefits Group (EBG) in January of 2011. Baker leads and manages the strategic development and delivery of marketing, advertising and business partnerships for all sales channels. Baker brings a wealth of live entertainment experience in managing brands and developing innovative strategies. Prior to joining EBG, Stephanie worked with several of the largest live entertainment producers in the world.

Before joining EBG, Baker was the Vice President of Marketing for Productions at Madison Square Garden in New York City. Prior to Madison Square Garden, Baker spent over nine years as a Regional Marketing Director with Feld Entertainment where she directed the efforts of Disney on Ice and Disney Live domestically and in seven European countries, while also promoting Ringling Bros. and Barnum & Bailey throughout the West Coast.

Baker is a graduate of the University of Oregon.

Sign up to receive insights tailored for the in-destination industry as well as updates on Arival.