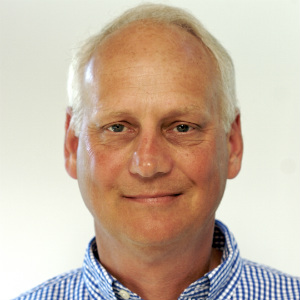 Co-founder and Serial Board Director at Phocuswright

Years ago, a lonely entrepreneur embraced the controversial idea that the quality of information would differentiate winners and losers in the then-burgeoning information age. That entrepreneur was Philip Wolf; the year was 1994.

The company he founded is now the premier source for travel, tourism and hospitality intelligence. Today, in nearly every industry presentation, there is at least one slide that says, “Source: Phocuswright.” Now based in Truro, MA and retired from an executive role, Philip is an outspoken, provocative and well‐known travel industry figure.

He began his travel career in May 1989 as the head of a small agency and quickly made a name for himself. Industry leaders, struggling to grasp the Internet, recognized his unique outlook and business acumen. Over two decades of analyzing, scrutinizing and opining on strategic change and market trends, Philip has built a brand around his trademark catchphrase: “Strategically correct, not politically correct.”

Philip is the architect of the annually acclaimed Phocuswright Conference. The event’s provocative Center Stage themes are relied upon as industry bellwethers, quickly becoming accepted wisdom each year. He has known many of the industry elite since online travel’s beginning and has interviewed numerous luminaries, including Barry Diller, Carl Icahn and John W. Marriott III. CEOs from every major online travel company, along with top airline, hotel, GDS and search executives, have taken the stage one-on-one with Philip.

In addition to the successful sale in 2011 of the company he founded in 1994, Wolf was involved in the sale of Newtrade to Expedia (2002), TravelJigsaw (now rentalcars.com) to Priceline (2010), Net Trans to Onyx Payments, the IPO of MakeMyTrip on NASDAQ (2010) and its merger with Ibibo Group (2017).