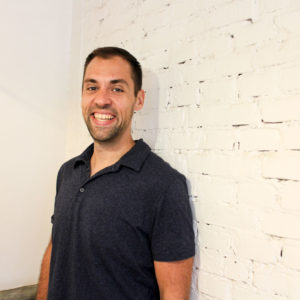 Brian Bergey is CEO and co-founder of Lost Plate Food Tours. Born in Portland Oregon, he moved to Singapore in 2009 and then China in 2013. Brian started his career working for an American technology company where he was Director of Support and Product Management. He then brought his focus on data, analytics and customer service to the tourism industry while starting and expanding Lost Plate globally.

Lost Plate Food Tours launched its first tour in 2013. Since then, they have become China’s leading culinary tour operator with tours in 4 of the country’s largest tourism markets, and have expanded into SE Asia and the USA. Their tours get guests off the tourist track to eat where the locals eat, providing large amounts of food and drinks along the way. Focusing only on regional food from each city, their team of local guides share stories about each dish, the families that run each restaurant, and what makes the food a special part of the culture in each of their destinations. Lost Plate has been featured by CNN, National Geographic, New York Times, plus many others and has been given a Certificate of Excellence award in each of their destinations every year.

Brian employs 10 full-time employees globally in addition to dozens of local guides that are hired and trained by his team. A focus on analytics, business development and the online user experience has allowed aggressive year over year growth along with scalable expansion into new markets. Hear him speak more about this in the Growing Direct Online Bookings session at Arival Bangkok.